ADHD was only really recognised as a valid condition in the UK in 2000 when the first National Institute of Clinical Excellence report on the condition was brought out (www.nice.org.uk).  Prior to that time throughout in 1990s there was an enormous amount of skepticism about the existence of the condition and virtually no recognition of its importance in children education and mental health services, let alone that the condition could progress into adulthood.  For example in 1990, as one marker of awareness of the condition, there were only 40 children in the whole of the UK on medical treatment for ADHD.  This fact alone suggests that there are still a great many adults in the UK who were not treated or managed correctly for the condition when they were at school and at least a third of these are likely to have significant ongoing problems as adults, although largely often masked by other psychiatric or personality difficulties and by their underachievement in life.  In the early 1990s dyslexia had been recognised in UK schools for about 20 years and this was the predominant diagnosis.  Any attempt to bring recognition of the importance of ADHD into the public arena was generally met by an outcry in the press, accusations of turning children into “garden gnomes” or zombies.  This was in contrast to the situation in the UK and in the antipodean countries such as South Africa and Australia where even at that time ADHD was recognised as a valid childhood condition.  The lack of awareness in the UK however at that time was fairly similar throughout the whole of Europe.

The other compounding factor was that whilst ADHD was not recognised, hyperkinesis was.  There was an overemphasis on the importance of severe hyperactivity as the main cause of children’s neurodevelopmental problems with very little recognition that often the hyperactivity was the least of the child’s problems, and that it often lessened with time, but that the impulsiveness and the poor concentration were much more important detrimental factors.

In 1994, the Diagnostic and Statistical Manual recognised ADHD.  This is the manual of the American Psychiatric Association.  In Europe the International Classification of Diseases continued to recognise hyperkinesis and not ADHD.

The LANC started operation in 1993 and very shortly clearly marked a line in the sand to recognise the importance of ADHD as distinct from hyperkinesis as a very important condition.  As a result of this it was the brunt of a great deal of criticism and was accused inappropriately of not only over diagnosing ADHD but also of inappropriate use of medication despite the fact that at that stage only a very small percentage indeed of children with even the severe form of the condition were being treated.

During the 1990s LANC staff had a lot of dealings with the educational system as the staff have always put great emphasis on school liaison and working with schools.  The schools generally were fairly negative about ADHD despite the fact that treating such children often made not only the child’s life more bearable but also the teachers’.  The clinic had a lot to do with the association of the children with emotional and behavioural difficulties because of this group of children studies have shown that about 70% of them have underlying ADHD and related conditions.  Nevertheless the prevailing view was that these children’s problems were largely due to their parents or their environment or their alleged previous abuse in some way or other.  This was usually not the case.

Over the next few years a number of articles continued to emphasise the importance of severe hyperkinesis rather than a broader concept of ADHD.  However in 1998 there was a joint article between a number of professionals that attempted to equate hyperkinesis with ADHD.  Also in 1998 Dr Kewley published the attached article in the British Medical Journal bemoaning the fact that there was such poor recognition of ADHD in the UK.

In 2000 as a result of an extremely negative Panorama programme Dr Kewley took Panorama to the Broadcasting Complaints Commission and secured an apology.

Since 1998 and particularly since 2000 there has been a rapid increase in the recognition of ADHD and related conditions in the UK as important childhood and more recently adult conditions.  There has been an explosion of services throughout the UK and the second last report in 2008 very much emphasised the importance of service provision and put the onus on local health areas to have an obligation to provide them.  This has been particularly slow to happen with adult services but is now becoming more the case.

Also in this time there has been a gradual increased awareness of the condition throughout education, social services and the youth justice system.

LANC started many of the Youth Justice Board conferences in the early 2000 and found that even within this group of professionals there was an enormous amount of resistance to the concepts being important despite the fact that it has been shown that the offending rates can be drastically reduced with effective ADHD management.

In 2001 the LANC held conferences both in London and in Ireland about the importance of ADHD in relationship to youth justice.  In London 70 people attended however in Ireland there were more than 400 attendees with people being turned away at the door.  Even then the anti-medication groups protested outside.

The above history particularly emphasises how recognition of ADHD has challenged pre-existing series and ideas and of service delivery.  An innate biological lack of self-control and innate concentration difficulty makes all the difference to how professionals think about problems.  For example, in education in a child innately has difficulty in concentrating on things that are not interesting because of the way that his or her brain works, then this is a very different proposition for the child who is being lazy and could try harder to concentrate.  A person who because of innate lack of self control recurrently has difficulty with the police and youth justice system is unlikely to be helped by being further punished.  That is more likely to be helped if the impulsiveness and lack of self‑control can be medically helped.  The progression of ADHD as shown in the enclosed diagram is also important and this is not always recognised by professionals.  The vulnerability created by having lack of self control and the increased risk of substance misuse, driving accidents, addictive behaviours, school exclusion, relationship breakdown and parenting issues is only recently being fully recognised.

Because the Centre has been so involved in the development of ADHD awareness over the years, it considers that it is in a prime place to assess and manage children with those conditions in a mature and experienced way, to tease out children who do not have ADHD from those that do and to recognise the subtle and complex ways in which people with ADHD can present particularly if they are gifted.

The LANC has therefore been through some very difficult times as the awareness of ADHD and related conditions has germinated in the last 20 years.  Being Australian, Dr Kewley had a more North American approach to the management of his children, which gradually has become the norm in the UK.  The LANC has kept going because its ethos is to strongly believe that it is impossible to have effective children’s mental health and paediatric services and educational services without there being a full understanding of ADHD as part of this equation.  To have services based on dyslexia only or autistic only principles is quite erroneous.  There is now recognition that ADHD is very much part of the neurodevelopmental framework and that the majority of children with these difficulties have a number of interlocking problems.

Nevertheless the LANC has been through some very difficult times and has had to endure significant inappropriate criticisms over the years when in fact it was well ahead of its time.  This means that the LANC staffs have a very mature pedigree in the management and understanding of people with ADHD and related conditions and this is therefore very useful in the ongoing management of that of the children and families that are seen in the clinic. 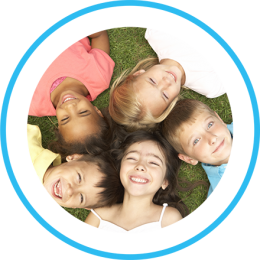 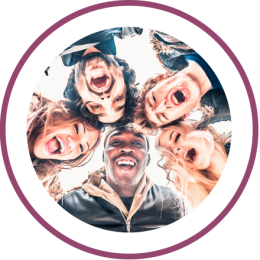 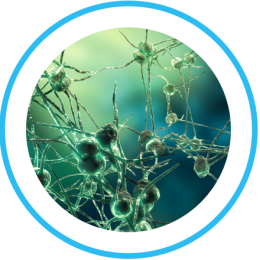